Together for top wines from Gaillac

The people that Ferdinand von Thun has gathered around him on his winery are far more than the best in their field: They share his passion for great wine and for the fabulously beautiful region it comes from: Gaillac 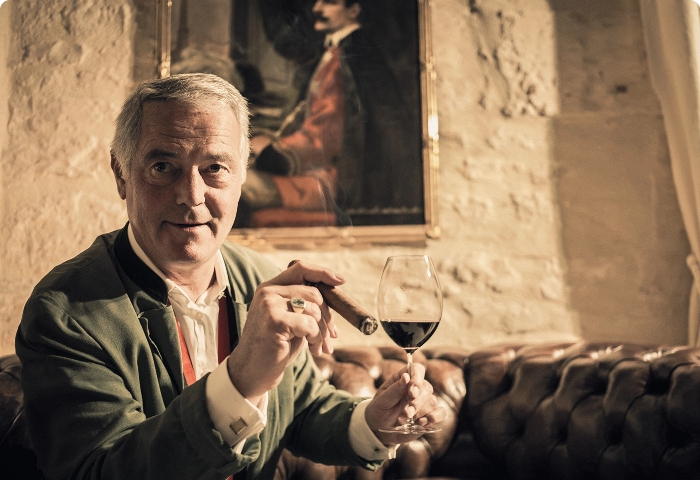 If walls could speak: Thanks to its solid construction, the Château de Frausseilles has survived many turbulent times and is now considered a historical jewel of the south-west of France. The Count's winery is located on the Cordais plateau in the north of the Gaillac, a forgotten wine region in south-west France. Embedded in a gentle hilly landscape along the river Tarn, the plateau with its barren soil is considered the best terroir in the region with ideal conditions for great wines. First mentioned in a document in the 15th century and probably built much earlier, Ferdinand Graf von Thun had the weather-beaten building lovingly renovated after acquiring it in 1998 and restored it to its splendour. 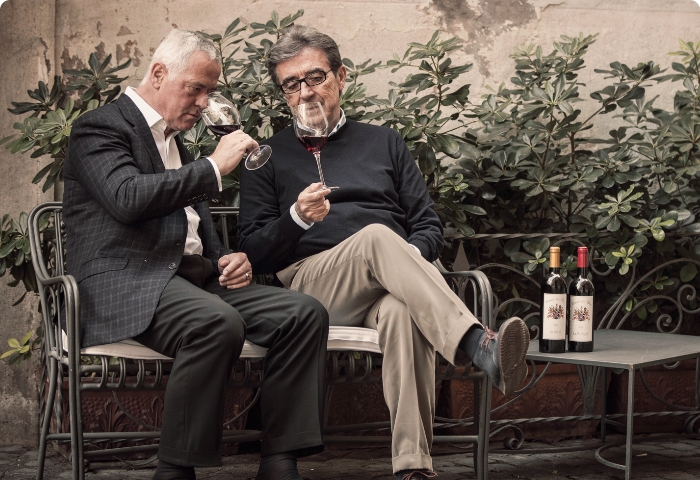 dr Riccardo Cotarella is considered one of the most renowned oenologists in Italy and around the world "Il Mago" known. The creations of his magic include wine icons such as the Merlot "Montiano" from his own family winery Falesco in Lazio, the "Montevetrano" and Galardi's "Terra di Lavoro" from Campania. Time and time again, the internationally sought-after wine magician manages to elicit top-quality wines from previously unrecognized regions.

This - and his enthusiasm for the Gaillac region - make Dr. Cotarella became the perfect ally for Ferdinand Graf von Thun: he has been involved in the wine adventure "Comte de Thun" from the very beginning. He is supported on site by his small, experienced team. In a personal conversation with Riccardo Cotarella, he reveals why he is so impressed by von Thun's terroir and reveals the secrets of his art. 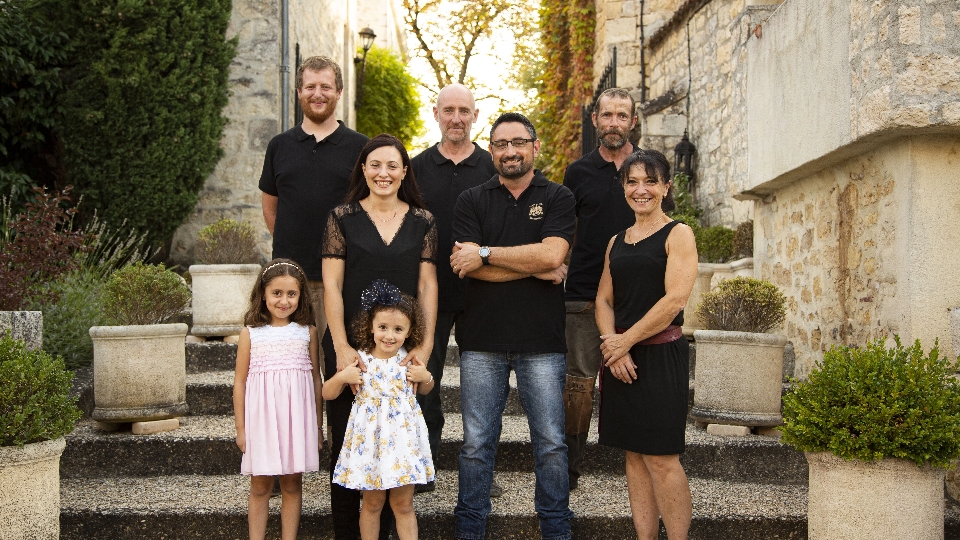 A team full of passion

Orlando Caparro and his team have been responsible for day-to-day care of the vines and vinification in the cellar since 2007. After completing his studies, the young Roman oenologist worked for a few years under the guidance of Dr. Riccardo Cotarella, before he was chosen to be the responsible oenologist for Ferdinand Graf von Thun's winery. Discovering Gaillac together, trying out new things every day, questioning the rules - it is the desire for adventure and the region that binds and drives the three men together. 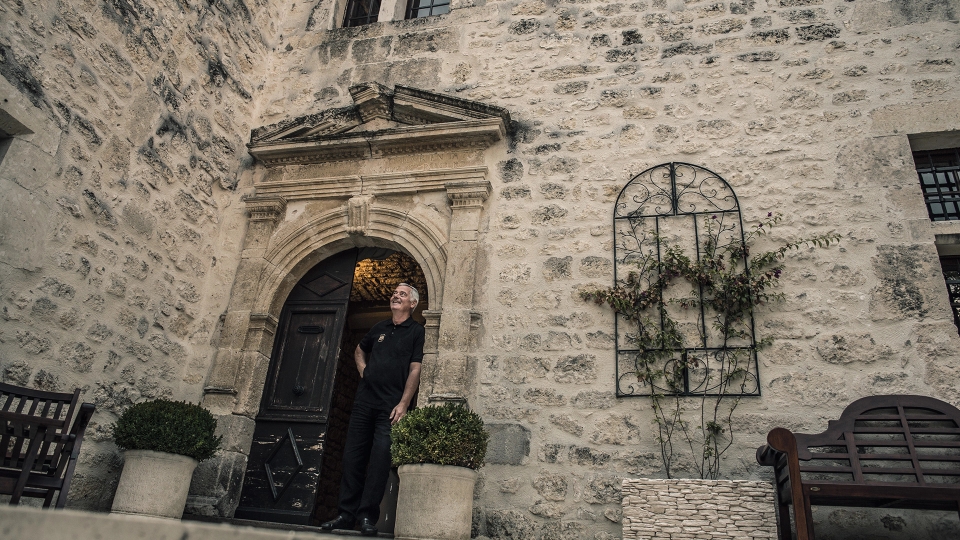 First mentioned in a document in the 15th century and probably built much earlier, Ferdinand Graf von Thun had the weather-beaten building lovingly renovated after acquiring it in 1998 and gave it back its splendour: It is not a ostentatious castle, it is charmingly integrated into the surrounding nature – and yet the pale limestone walls, the double-arched windows and the compact spire of the adjacent chapel can be seen from afar. 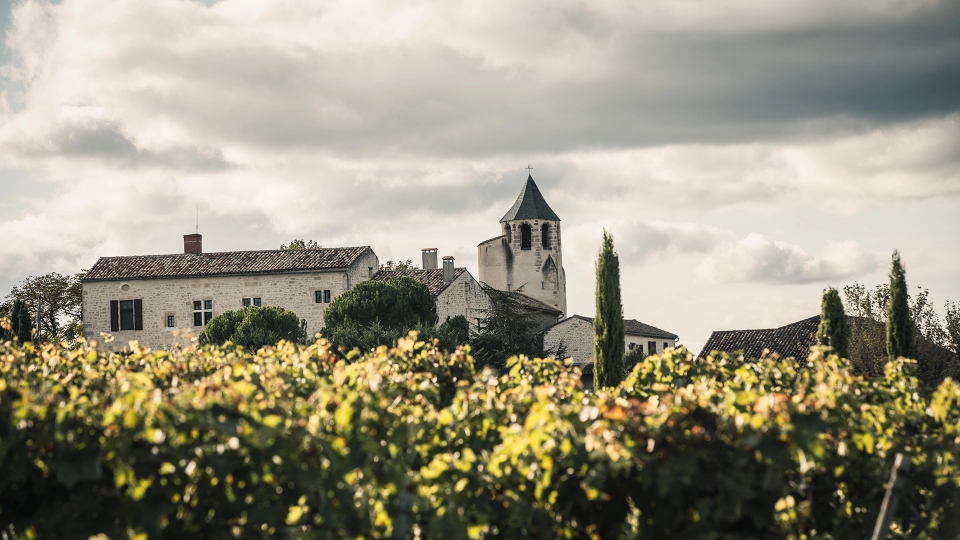 A winery with history

The château was originally part of a fortification that was destroyed in the 16th century by the Consul of Gaillac, by order of the Toulouse Parliament. What remains today is a rectangular one-storey building to which is attached a church which must have once served as the manorial palace chapel. The gable of the stately entrance portal has an ancient French inscription: "Do not betray your faith, neither for prince nor king".

A fabulous winery which is called upon to produce independent top wines.

GETTING TO KNOW THE TERROIR
X We use cookies on our website to give you the best possible experience by remembering your preferences and return visits.
Read more Cookie settings
Accept Decline
Manage consents

This website uses cookies to improve your experience as you navigate through the website. Out of these cookies, the cookies that are categorized as necessary are stored on your browser as they are essential for the working of basic functionalities of the website. We also use third-party cookies to help us analyze and understand how you use this website. These cookies are only stored in your browser with your consent. You also have the option to refuse these cookies. However, opting out of some of these cookies may have an effect on your browsing experience.
Necessary cookies Accept all
Necessary cookies are absolutely essential for the website to function properly. These cookies guarantee basic functionalities and security features of the website anonymously.
Functional cookies
Functional cookies help perform certain functions, such as B. Sharing the content of the website on social media platforms, collecting feedback and other third-party functions.
Performance Cookies
Performance cookies are used to understand and analyze the website's key performance indices, which helps to provide visitors with a better user experience.
Analytical cookies
Analytical cookies are used to understand how visitors interact with the website. These cookies help provide information on metrics such as number of visitors, bounce rate, traffic source, etc.
Advertising cookies
Advertising cookies are used to provide visitors with relevant ads and marketing campaigns. These cookies track visitors across websites and collect information to provide customized ads.
Other
Other non-categorized cookies are those that are analyzed and have not yet been placed in a category.
Save & Accept
Powered by